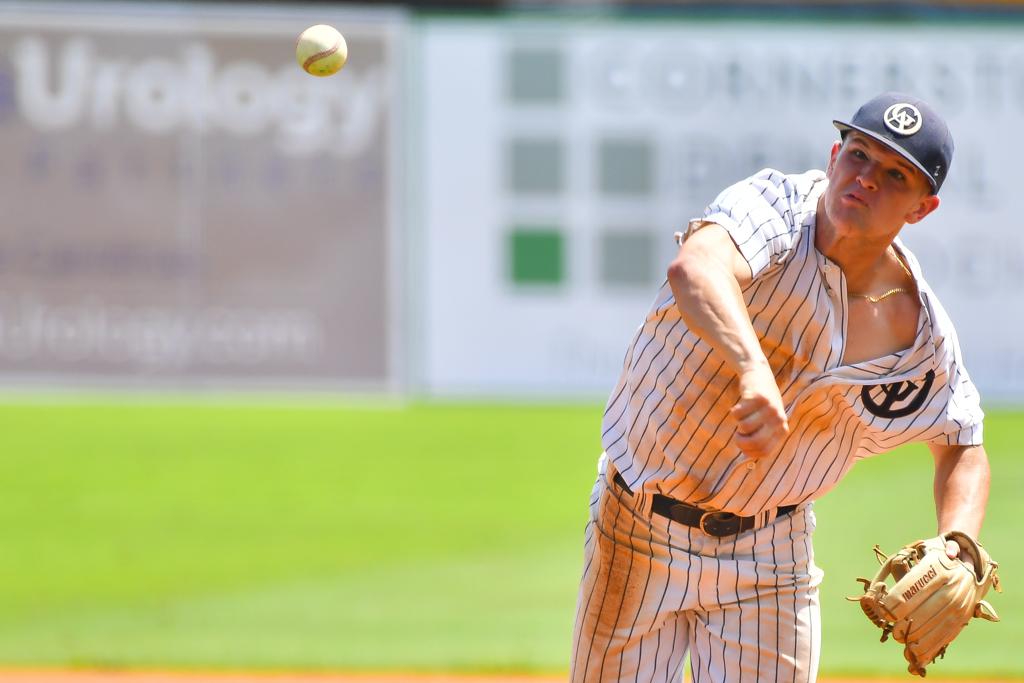 The decisive play in the pitchers’ duel between Gonzales (La.) Post 81 and Braintree (Mass.) Post 86 came, fittingly enough, with a pitcher at the plate.

Gonzales ace Jack Merrifield singled in the only run he and his team would need as he outdueled Braintree’s Kyle Gray 1-0 Thursday in Game 2 of The American Legion World Series.

“He pitched great, our defense is great, their defense was great, it was just a fun, good game,” Merrifield said after he and reliever Preston Thrash combined to hold Braintree to four hits.

Merrifield’s heroics at the plate came one batter after Brayden Caskey was tagged out at home on Zane Zeppuhar’s flyout in the bottom of the fourth inning.

“In a game like that, you just want to make sure you score first,” Gonzales coach Martin Luquet said. “You get the guy thrown out at home and you think the inning is gonna disintegrate. Then Jack comes out with a two-out hit, and he’s been fabulous all year with two outs.”

Merrifield’s two-out single drove in Thrash, who reached on an error after Caskey’s leadoff single.

“I knew he was kind of working me outside, and I knew that he was going to give me a little bit more off-speed,” Merrifield said of his at-bat against Gray, who allowed five hits in six innings to take the loss. “I kept pulling it; I wanted to go the other way but it just didn’t end up working out that way.”

The back-to-back shutouts were the first on opening day of the ALWS since 1967, and Gonzales’ win came in the 24th 1-0 decision in series history.

“Our team batting average is pretty gaudy, but we have played these before. Matter of fact, the (victory) to get here was 1-0. We’ve been here, we understand what it takes, we didn’t panic. Sure, we’d like to win 6-0, but it’s baseball; things don’t always work like that,” Luquet said.

“We were hoping he’d throw that last pitch for a strike, and he bounced it, so we had to go to the reliever, who’s been great for us all year,” Luquet said.