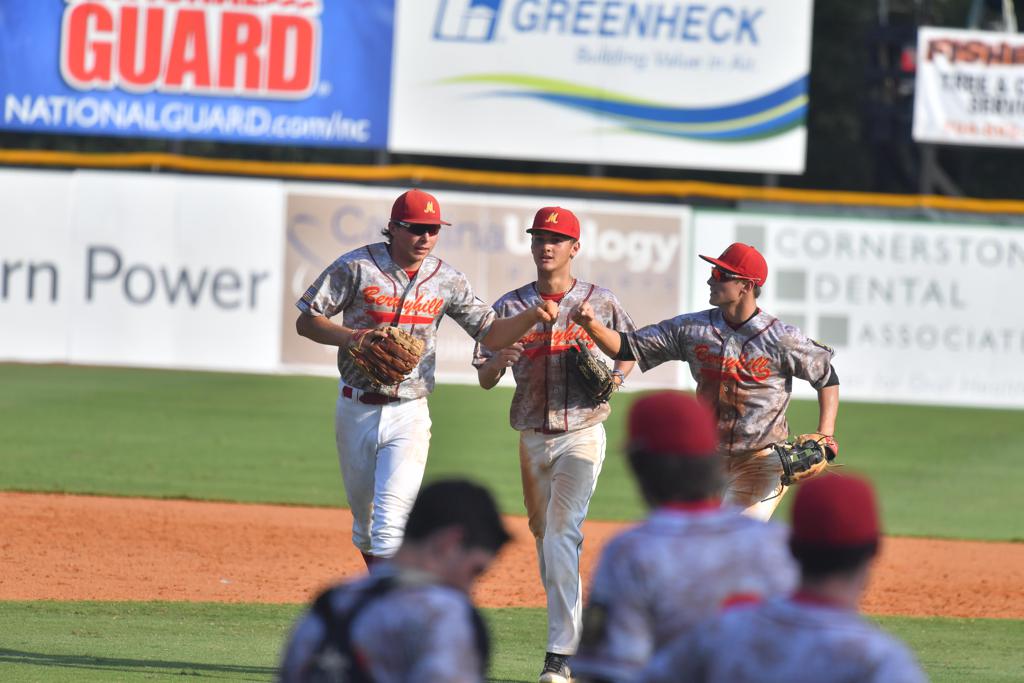 It looked for awhile like the streak of shutouts on opening day at The American Legion World Series would continue.

While Midland (Mich.) Post 165 was struggling for hits, Randolph County (N.C.) Post 45 took advantage of timely hitting to take a 2-0 lead into the bottom of the fourth inning in Game 3 Thursday.

Randolph County, the designated away team in Game 3, didn’t get a hit until Braxton Davis singled with one out in the top of the third. But Blake Marsh followed with a single, and after Davis was thrown out at second, Tristan Marsh walked and Dawson Painter doubled to drive in Blake Marsh to make it 1-0.

Randolph County added a run in the top of the fourth when Spencer Lanier’s double drove in Trevor Marsh.

Meanwhile, Midland had mustered just one hit at that point, a single by Adam Randall in the bottom of the second. But after Midland’s first two batters in the fourth struck out and grounded out, Seth Gower reached on an error, Brandon Smith drew a walk and Randall doubled to drive in Gower. Jeff Allen and Logan LaCourse each were hit by pitches, with LaCourse’s free base pushing Smith across home plate to tie the game 2-2.

Randolph County’s Tristan Marsh doubled and Painter drew a walk in the top of the fifth, but Midland pitcher Garrett Willis forced a groundout and a flyout to end the threat.

In the bottom of the fifth, leadoff batter Nick Dardas was hit by a pitch, and after a sacrifice bunt by Tyler David, Martin Money singled to score Dardas for a 3-2 lead.

Willis allowed five hits and struck out six in 6 1 / 3 innings to earn the victory. Randolph County’s Bryce Marsh tied a record with four hit batters in the loss.