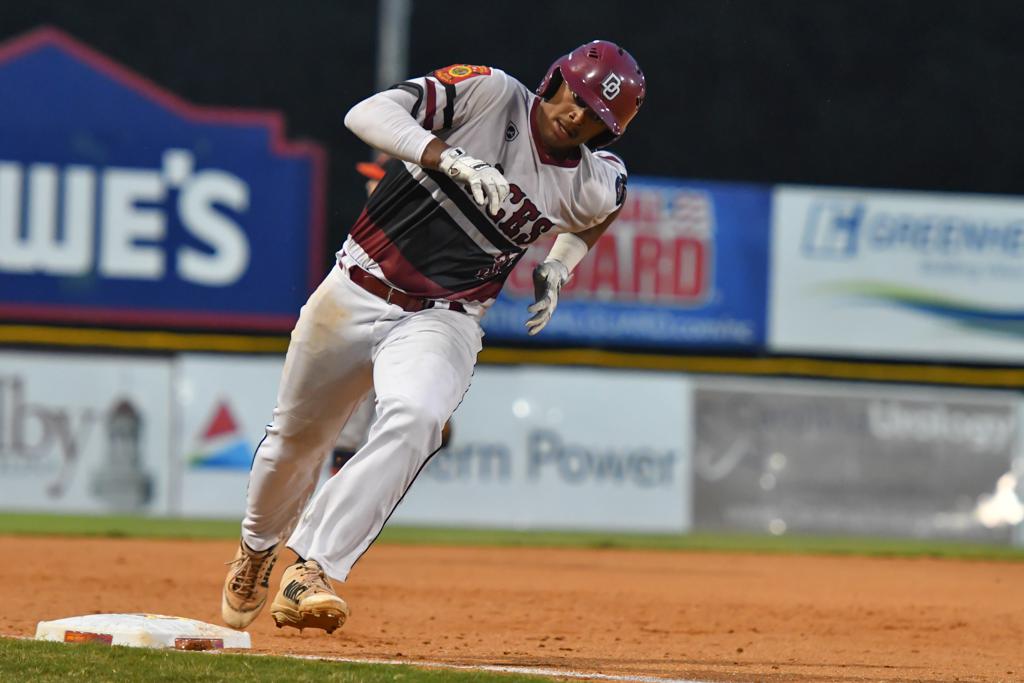 The last team to make it to Shelby, N.C., for the American Legion World Series didn’t let their late arrival slow them down.

Las Vegas Post 40 didn’t get to Shelby until Wednesday because of flight cancellations. In the final game of opening day of the 92nd ALWS, they routed Meridian (Idaho) Post 113, 10-0, on Thursday.

Winning pitcher Jimmy Gamboa got the run going when his two-out double in the bottom of the second inning scored leadoff batter Chaison Miklich. Gamboa scored when the next batter, Colby Smith, reached on an error. That made it 2-0 after two.

Las Vegas built the advantage to 6-0 after three when Parker Schmidt scored on a single by Miklich, Zach Czerniawski doubled to score Edarian Williams, and Smith doubled to drive in Miklich and Czerniawski.

Las Vegas added four more runs in the bottom of the fourth, capped by Gamboa singling in Miklich, to make it 10-0. And when Meridian failed to score in the top of the fifth, the mercy rule kicked in to wrap the game.

Gamboa held Meridian to two hits and struck out nine while going 2-for-3 at the plate himself. Las Vegas tallied 12 hits as a team, with Miklich going 3-for-3 and Schmidt 2-for-3.

“We barreled up a bunch of balls tonight, so it was nice to see us come out,” Las Vegas coach Paul Buboltz said. “Travel was a little tough for us getting out here and I didn’t know how that would affect us, but we had a nice (batting practice) session coming out.

“It was good to get a win, but it’s just one game. Every game is the biggest game of our season here on out,” Buboltz added.

The breaks of the preset pool play schedule means that Thursday’s four winners will face each other in their second games. In the Stripes Division, opening game winners Wilmington (Del.) Post 1 and Gonzales (La.) Post 81 will face each other at 4 p.m. Friday. The Stars Division teams have Friday off, but Las Vegas will face Midland (Mich.) Post 165 at 1 p.m. Saturday in a battle of unbeatens.