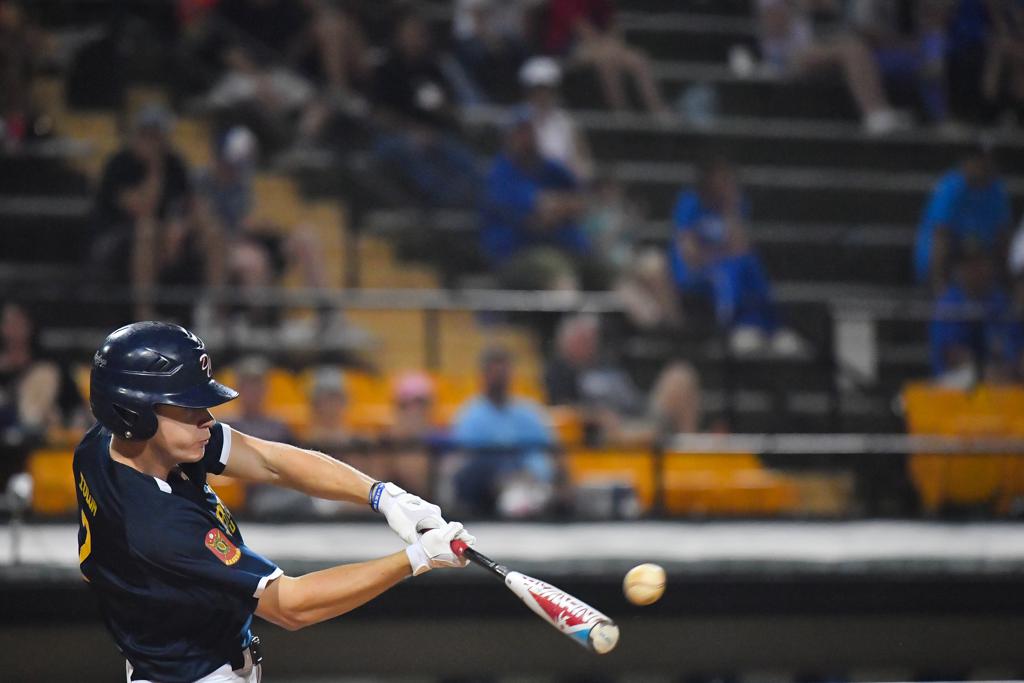 After Braintree (Mass.) Post 86 cut Dubuque County (Iowa) Post 137’s lead in half, it didn’t take long for the Iowa team to stymie any comeback hopes.

Dubuque County scored five runs on two hits and two errors in the top of the fifth inning Friday night en route to a 9-1 victory in The American Legion World Series in Shelby, N.C.

Both teams were shutout on opening day, with Dubuque County falling 3-0 in Game 1 and Braintree losing 1-0 in Game 2.

The Iowa squad didn’t take long Friday to get on the scoreboard, though, with leadoff batter Sam Link hitting a double then scoring two batters later on a double by Wil Courtney.

Dubuque County made it 2-0 in the top of the second when Courtney walked with the bases loaded, forcing in Reid Rausch.

Braintree cut the lead to 2-1 in the bottom of the fourth when Jackson Duffy scored on Justin Adams’ groundout.

In the top of the fifth, however, Kyle Lehmann led off with a single, Jackson Bennett walked, and Lehmann scored when Gannon O’Brien reached on an error. Bennett later scored on a single by Joel Vaske, O’Brien and Rausch scored when Link reached on a fielder’s choice, and Vaske scored on a passed ball to make it 7-1.

Dubuque County added two insurance runs in the top of the seventh for the final score.

“We knew we could do this, we hit the ball pretty good the first game, we just didn’t get a break,” said Dubuque County coach Rob Hoerner. “These kids battle… they knew what they had to do and they did it.”