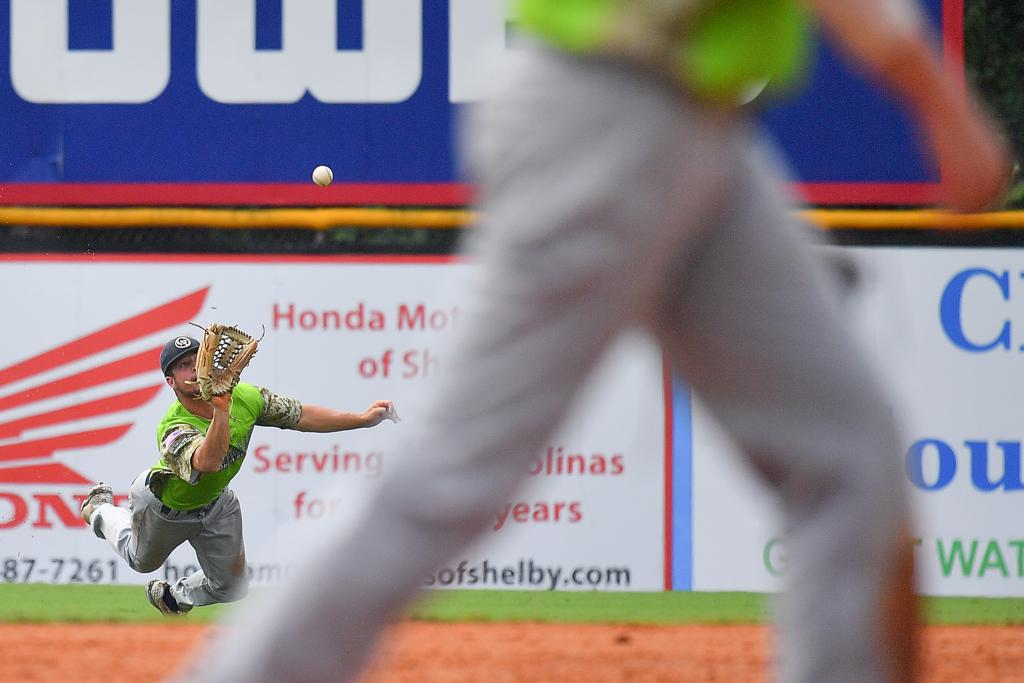 Officials take a run away from Iowa team after reviewing Louisiana’s appeal.

The problem, as Zeppuhar lay on the field dazed by a shoulder to the jaw, was that was just the second out.

Gonzales coach Martin Luquet appealed, the officials ruled Deardorff out, and the Louisiana team held on for a 3-2 victory Sunday in The American Legion World Series at Keeter Stadium in Shelby, N.C.

Gonzales finished pool play with a 3-0 record in the Stripes Division. They’ll face the Stars Division runner-ups in Game 14, scheduled for 7 p.m. Monday.

“It was a great catch, first,” Luquet said of the controversial play. “One of our bench guys saw that the guy on second had never gone back, so that’s where we got the appeal from. Obviously they saw the same thing.”

Gonzales scored three runs in the top of the first inning despite notching just one hit, Brayden Caskey’s leadoff single. Zepphuar drew a walk and Jack Merrifield reached on a fielder’s choice to score Caskey, and Zepphuar later scored on Carson Dabadie’s sac fly. Merrifield scored on a sac fly by Reid Bouchereau to make it 3-0.

But despite opportunities, Gonzales couldn’t add to their lead.

“We made some baserunning mistakes in the next two innings that should have got us three more runs,” Luquet said. “They’re not getting thrown out, but they’re supposed to be moving up, we didn’t execute quite the way we planned it. I think it cost us. And you leave a good team around, eventually they’re going to find an inning and they did, and we were fortunate to get that call.”

Dubuque County (1-2) got on the board in the bottom of the third when Courtney’s sac fly drove in Dylan Gotto. But over the last two innings, the Iowa team managed just one base runner and couldn’t make the comeback.

There was still a chance for Dubuque County to advance despite the loss. They would need Braintree (Mass.) Post 86 to defeat Wilmington (Del.) Post 1 in the next game and score three or more runs in doing so, which would leave all three teams tied at 1-2 but give the tiebreaker to the Iowans based on fewest runs allowed (7 for Dubuque County, 8-plus for Wilmington and 10-plus for Braintree in that scenario).