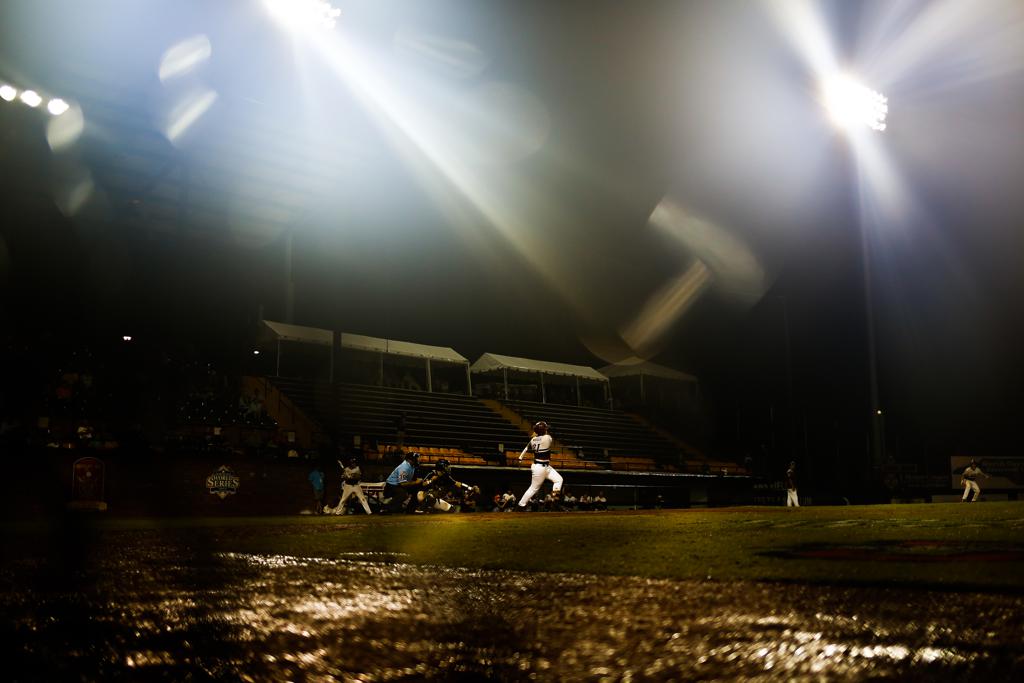 Delaware, Louisiana, Michigan and Nevada will vie for a chance at the title.

A five-run fifth inning that saw Randolph County (N.C.) Post 45 draw four straight walks with the bases loaded was enough for Randolph County to pick up their first win of the 2018 American Legion World Series.

The 10-6 victory over Las Vegas Post 40 in the early hours of Monday wasn’t enough, however, to extend Randolph County’s season.

Randolph County’s win left them, Las Vegas and Meridian (Idaho) Post 113 all with 1-2 records in the Stars Division at the end of pool play. The first tiebreaker for such a three-way tie is fewest runs allowed, which eliminated Meridian (19 runs allowed) first.

But Randolph County needed to outscore Las Vegas by 11 runs or more to win the tiebreaker in that category. Instead, it will be Las Vegas advancing to the semifinals against Stripes Division winner Gonzales (La.) Post 81.

Braxton Davis walked to load the bases, then Blake Marsh drew a walk to score Curry to cut Las Vegas’ lead to 6-5. That, and the pitch count limit, ended the night on the mound for Chaison Miklich.

Reliever Zach Czerniawski then walked all three batters he faced to put Randolph County ahead 8-6. Colby Smith came on in relief to get the final out.

Randolph County took a 1-0 lead in the top of the first inning when Tristan Marsh scored on as Landon Smith reached on a fielder’s choice.

The game was delayed after one out in the bottom of the first by lightning and rain, with the game finally resuming at 10 p.m.

Las Vegas tied the game 1-1 in the bottom of the first. Chaison Miklich singled to drive in Edarian Williams. Las Vegas would load the bases after that but fail to score.

In the bottom of the second, Williams — who had tripled in his first at-bat — doubled to drive in Colby Smith and Jason Sharman to make it 3-1.

Randolph County tied the game 3-3 in the top of the third, when Landon Smith’s double drove in Tristan Marsh and Dawson Painter.

Las Vegas took the lead again in the bottom of the fourth. Williams’ sac fly scored Jordan DeMarce, then Aaron Roberts doubled with two out to score Sharman and Parker Schmidt.

Randolph County added insurance runs in the top of the sixth and seventh.

Gonzales won the Stripes Division with a 3-0 record in pool play, outscoring the opposition 9-6. The last team from Louisiana to win the ALWS was New Orleans Post 125 in 2012 in Shelby. … Las Vegas won a tiebreaker to finish second in the Stars Division with a 1-2 record, outscoring the opposition 18-13. Last year’s ALWS champions represented Nevada Post 40 with players from Henderson High School; this year’s squad is made up primarily of players from Desert Oasis High School.