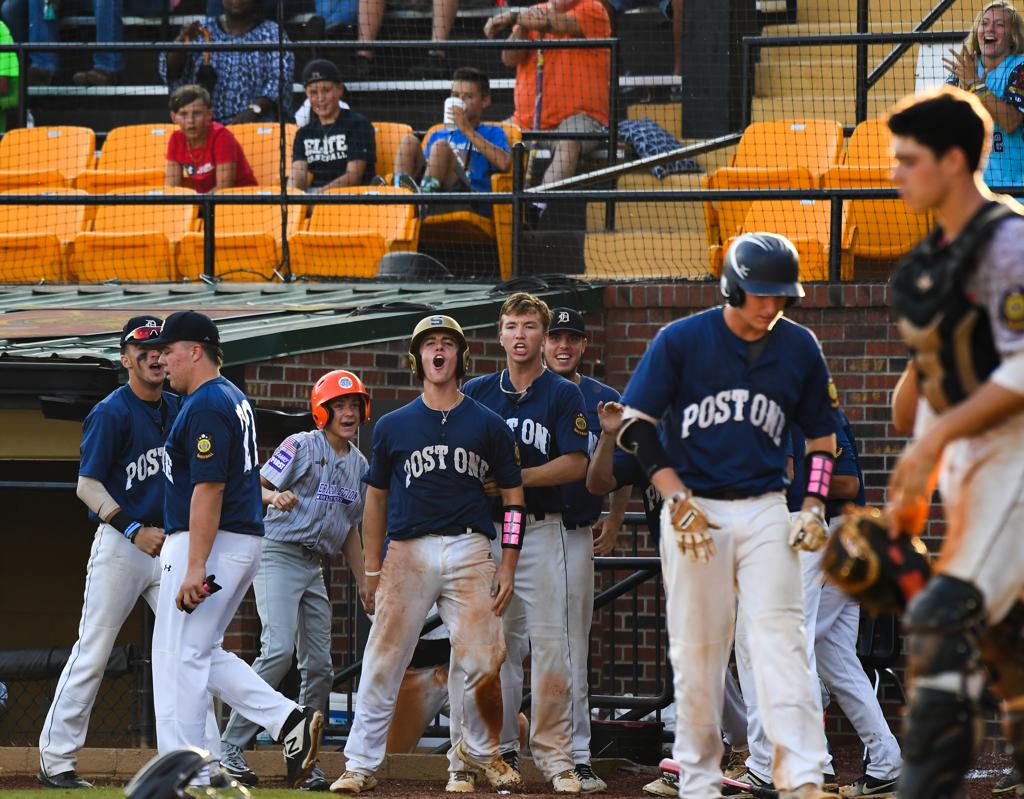 It wasn’t as perfect a victory as Wilmington (Del.) Post 1 would have hoped, but it was a victory nonetheless.

Midland (Mich.) Post 165 spoiled Jack Dubecq’s perfect game in the bottom of the seventh inning Monday, but Wilmington scored what proved to be the winning run in the top of the 10th in a 5-4 semifinal win in the American Legion World Series.

Wilmington (37-4) will have a chance to be the first team from Delaware to win the ALWS when they play in Tuesday’s championship game.

Such an appearance didn’t seem to be in doubt heading into the final inning of regulation. Dubecq was flawless through six innings. But he walked leadoff batter Nick Dardas, then gave up a one-out single to Martin Money to end the no-hit bid.

Midland (47-10) cut the lead to 4-2 when Seth Gower’s double drove in Dardas and Money. Gower then scored when Dubecq walked Logan LaCourse with the bases loaded. Nate Thomas moved to the mound from shortstop and walked Zach Nelson, scoring Andrew Kozerski and tying the game.

But Thomas got Adam Randall to hit into a fielder’s choice, with Garrett Willis out at home, then induced a groundout by Dardas to end the inning.

“After that seventh inning I think we might have got ahead of ourselves, but all year, we never panicked,” Wilmington coach Brent Treml said. “We’ve been a team that’s picked each other up. Jack was phenomenal for six innings, then we had to pick him up. I think we easily could have mailed it in, momentum wasn’t going our way, and we found a way to stop the bleeding.”

Thomas held Midland to just one hit in 1 1 / 3 innings of work, then Marshall Awtry took over.

“It’s been about two months since I stepped on the mound,” Awtry said. “I knew this was a big situation, our team needed us, and I couldn’t ask for a better group of guys to go out there and compete with, especially this group of guys, the way we rallied after they tied it up. It was overwhelming to get the response that I did from my teammates when I got out there and started throwing strikes, it was unbelievable, honestly.

“Once (Nate Thomas) came in there and he shut it down, I knew that game was ours. If he got out there and just threw strikes, we’d be in a good spot. When I got on the mound, all I need is one (run), I didn’t need something crazy, I just needed one run, go out there and throw strikes and let our fielders make the plays. It was a new start, we just needed one,” Awtry added.

That one run came in the top of the 10th inning. With two out, Michael Cautillo singled and Matt Poma bulldozed his way through Midland catcher Dardas to score the winning run.

It was the second time a dropped ball helped Wilmington score, as the Delaware team’s first two runs came as Midland’s third baseman dropped the ball in the third inning.

“It’s always the team that makes the fewest mistakes that wins,” Treml said, adding that he gave Midland a lot of credit for battling back.

“They fought back, down 4-0, having a perfect game thrown against them, to come back and tie the game, you really have to tip your cap to them. They fought and did an excellent job, they’re a well-coached team, a phenomenal team,” he said.

“We were supposed to be knocked out awhile ago, so the fact that we’re here is unbelievable,” Awtry said. “We’re ready to play.”